The Modern Fight Against Alzheimer’s 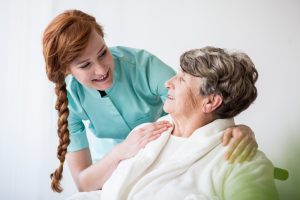 Alzheimer’s Disease is a neurodegenerative condition that affects cognitive and behavioral skills, resulting in the damage of neurons in the brain. Few medications exist today to fight Alzheimer’s, and the effects of prescriptions on the disease are minimal. Although there is no cure yet for Alzheimer’s, millions of dollars are being allocated to studies on a global scale to help prevent and successfully treat the condition. Consider some of the ways that scientists and doctors are attempting to fight back against Alzheimer’s.

One of the simplest ways that people are fighting back against Alzheimer’s is by spreading awareness. The fact that the disease can take a long time to develop causes many to develop the condition unexpectedly. Through greater awareness, many people who may be experiencing early warning signs but are unaware can gain knowledge of the emerging condition and seek treatment immediately. By educating the population on Alzheimer’s, its effects, and proper prevention, more lives can be preserved.

The Implementation of Lifestyle Changes

Scientists have discovered that consuming a healthier diet is one way to fight against the cognitive decline that leads to the development of Alzheimer’s. The Harvard Medical School declares that you can lower your risk of Alzheimer’s by engaging in regular aerobic exercise and by eating more leafy green vegetables, whole grains, lean meats, beans, and fatty fish as part of a balanced diet.

Since consistent exercise is now known to help boost cognitive power and the development of new brain cells, anyone with a history of Alzheimer’s in their family and those that wish to prevent the disease should engage in physical exercise now to protect themselves as they age.

Research suggests that the cannabidiol (CBD) compound extracted from the cannabis plant can decrease or eliminate inflammation and oxygen build up in the brain due to the decline in brain cells from Alzheimer’s. CBD oil is a more concentrated form of a safe, effective chemical complex found in cannabis. More research is being conducted about the effectiveness of CBD oil on patients with Alzheimer’s. It is recommended to treat Alzheimer’s symptoms without exposing the individual to other factors commonly associated with cannabis use. Other studies suggest that CBD oil can even promote the development of new brain cells.

The Advanced Cognitive Training for Independent and Vital Elderly (ACTIVE) study confirmed that brain training exercises can decrease the risk of the developing Alzheimer’s in older patients by up to 25 percent. This intensive study shows great promise for elderly patients with no or mild cognitive decline who engage in brain training. Many research institutions are continuing to find ways to help patients using mental exercises by running long-term clinical trials on larger populations in both private and public studies.

As medical revolutions continue, more studies will be done to find the best ways to prevent and treat Alzheimer’s for patients affected. According to the Alzheimer’s Association, there are a handful of medications approved by the FDA that may treat symptoms, but they do not stop or slow the progression of the disease. Using a wide variety of treatment methods is a wise strategy to prevent Alzheimer’s and alleviate symptoms associated with the condition. Using the right methods can prevent the disease and even heal the brain. As more research is done, patients can expect a light of hope to shine in the darkness for themselves, and for family members who are impacted by Alzheimer’s.

If you have a loved one who is beginning to reach the age that they need more help than you are able to provide on your own, then make sure to look into our programs. We offer multiple different solutions to find the right one for you and your loved ones’ lives.